In a message Dr. King sent in 1966 to Mexican civil rights activist César Chávez, he wrote, “You and your valiant fellow workers have demonstrated your commitment to righting grievous wrongs forced upon exploited people. We are together with you in spirit and in determination that our dreams for a better tomorrow will be realized.” 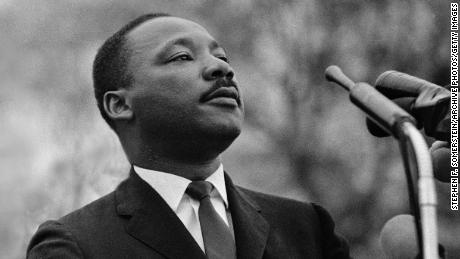 In commemoration of Dr. King’s day, I have a question for all of us. Are Blacks and Latinos realizing the better tomorrow that Dr. King envisioned?

In the world of entertainment, the list is numerous, including such luminaries as Tyler Perry, Sofía Vergara, Eva Longoria, Whitney Houston, Shakira, Jennifer López, Morgan Freeman, Cristina Aguilera, and Richard Pryer, among others. My personal favorite, the trailblazing Ricky Ricardo, aka, Desi Arnaz. These stars appeal to audiences of all ethnic backgrounds.

In the sports world, the list is too numerous to list. But just by way of example, Jackie Robinson, Michael Jordan, Magic Johnson, Kobe Bryant, Tiger Woods, LeBron James, Roberto Clemente, Albert Pujols, Mariano Rivera, and the list goes on and on.

Are we fulfilling Dr. King’s dream for success and opportunity for all? Without a doubt, America has clearly shown its willingness to follow prepared and qualified minority leadership and to esteem talented minority celebrities. We have made significant progress as a country and to deny that is to deny reality. We should all celebrate this progress.

Has MKL’s full dream been fulfilled? Let’s say we all need to keep dreaming, and more importantly, working together to achieve greater things together than we can achieve separately.

All cultures hold their distinctions. We do not all need to look the same or act the same. We should all, however, have a dream of making this world a better place for everyone. We should seek liberty and justice for all, and all should have equal opportunity.

Here are three areas in which we still need to see significant progress in the Black and Latino communities:

The more profound and troubling picture is regarding higher education. Of Latinos who do graduate from high school, only 37 percent of them go to college, and the attrition rate is 46 percent. In other words, only 54 percent graduate within six years.  Among Black students, 36 percent of those who graduate from high school go to college and only 42 percent of those who go to a college graduate with a degree. Both the Black and Latino communities have some serious work to do to better support our students.

This level of attrition is very concerning and threatens the economic and social mobility of both minority groups.

You might be surprised that I would mention this about the Latino community. The fact is that we have a severe problem in the United States among both Blacks and Latinos, and that is the alarmingly high single mother rate in both communities. In the Black community, it is an alarming 72 percent, and among Latina women, it is 49 percent. If we are to give the emotional and economic stability necessary to our children, we must have an increased focus and commitment to maintaining both father and mother in the home.

Now, let’s bring this full circle. Dr. King, in his speech on the National Mall back on August 28th, 1963, said, “And so even though we face the difficulties of today and tomorrow, I still have a dream. It is a dream deeply rooted in the American dream. I have a dream that one day this nation will rise up and live out the true meaning of its creed: “We hold these truths to be self-evident, that all men are created equal.” At the end of his speech, he cried out, “Free at last! Free at last! Thank God Almighty, we are free at last!”

We are all faced with a cultural choice.

We can choose to celebrate the progress we have enjoyed in our culture and stop there, or we can be part of creating a fuller and more just country. We can respectfully help develop a society in which we all treat all men and women of all races and ethnicities with justice and equity. It is our civic duty to help ensure that every human being has equal opportunities. We can choose together to eradicate our racial and ethnic prejudices and biases, thus creating the world Dr. King envisioned for all of us. It’s on all of us. It’s on me, and it’s on you.

Will you join me?

I would love to get and stay connected. I prefer LinkedIN for business but do engage on my other social networks.